Statement on the Care of the Wild Ducks in Proksa Park
The Berwyn Park District appreciates all of the concern residents have expressed related to the welfare of the wild ducks at Proksa Park. As part of the project the District has provided temporary sources of water for the ducks and ducklings, and have allowed the grass to grow to seed to provide both food and protection to the ducks. 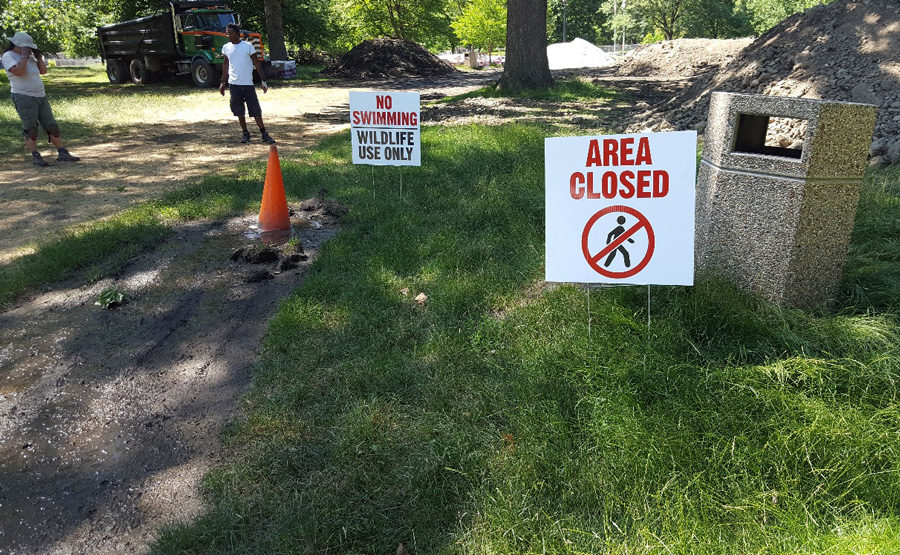 Working under the advice provided by the Willowbrook Wildlife Center professional staff, park personnel and construction crews keep an alert eye out for the ducks as they make their way around and into and out of the park. Yesterday, the District provided a tour to the Illinois Department of Natural Resources Conservation Police and received notice that the food and water available for the wild ducks is sufficient and adequate.

The District has posted signs reminding the public that the area is closed as we have had reports of unauthorized people entering the area and we do not want anyone to become injured. While the pool water is checked and filled daily, the ducks do track dirt and other icky items into the water leading to the need for No Swimming Signs. The District respectfully requests that people do not feed the animals as the food also attracts raccoons and opossums which can be hazardous to both the ducks and people.

Thank you again for your understanding and support of this great project. As of today it is on schedule for August 1st completion and we look forward to its completion.

Proksa Park Pond Renovation Project
The Berwyn Park District is moving forward with a long needed renovation of the Proksa Park Ponds and Creek within Proksa Park, the jewel of Berwyn. This project is partially funded through the State of Illinois Department of Natural Resources Opens Space Land Acquisition and Development (OSLAD) grant program. The OSLAD grant is a 50% matching grant funded by a portion of the real estate transfer tax collected on all property sales. The OSLAD grant program is a highly competitive process administered state wide. The Berwyn Park District is a recipient of a 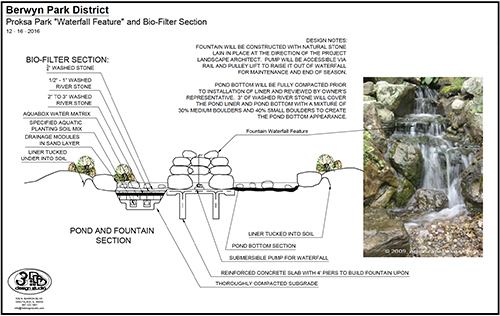 matching grant for the project estimated at $613,000 as submitted to the Department of Natural Resources. The grant was originally awarded by former Governor Quinn in 2015 and later suspended by Governor Rauner before being released in late 2016. The Berwyn Park District will receive $306,500 towards the project.

The project involves the complete renovation and rebuild of the current ponds and connecting creek that were originally hand dug by Park Superintendent Joseph Proksa. The project will add a bio filter, recirculation pumps, waterfalls, and a water and nature themed play opportunity near the Baldwin Children’s Playground. An impervious liner will be installed in the ponds and creek to help conserve water and the west pond will be enlarged to help accommodate additional rain water during “100 Year Storms.” Ornamental and shade trees along with hundreds of perennials; grasses and aquatic plants will be planted as park of the project. The project will incorporate native Illinois plants as part of the sensory botanical walk included in the project.

We are currently at the 90% plan review stage and expect to let the project out for public bid around March 1st with a sealed bid opening in mid-March. Following the contract awarding, construction is anticipated to start in April and weather permitting, be completed by July 30th.

The attached drawings provide the current conceptual design of the project. When complete, the Jewel of Berwyn will have an additional facet.

During the construction period, a portion of the park will be closed via a temporary chain link fence for your safety. There may also be disruptions to or closure of walkways near the ponds and creek to accommodate the renovation work. We apologize in advance for any inconvenience that the work may cause related to construction. 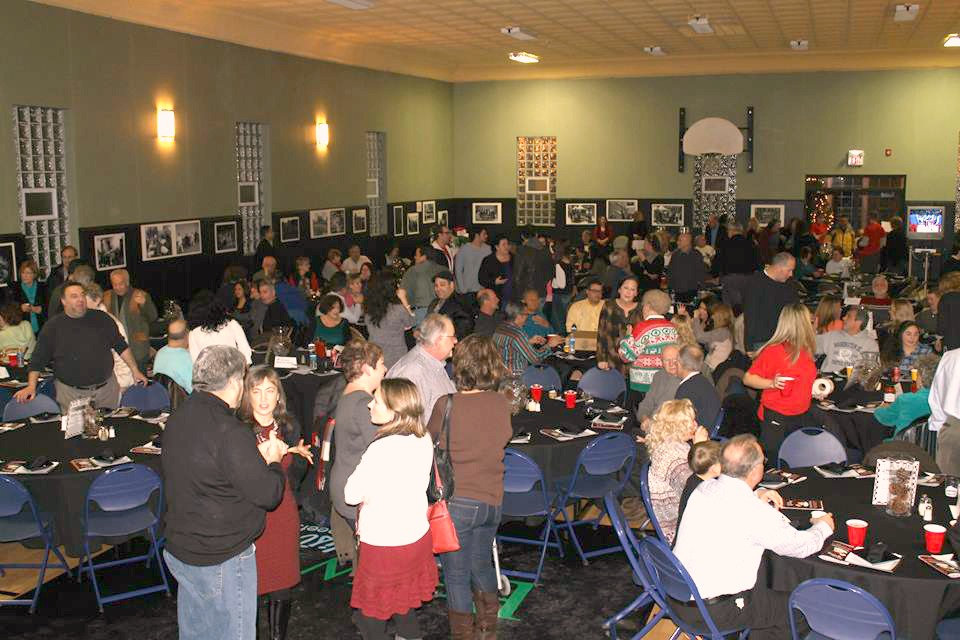 Liberty Cultural Center
The Liberty Cultural Center’s gym is a newly renovated space that is equipped for sporting events, social gatherings, stage performances and events requiring catered services. The internal walls have been replaced and freshly painted. Sport padding has been installed along the walls to prevent potential injury for program participants. Other updates include replacing the floors and adding lighting. The newest completed project at Liberty is the renovated stage floor located at the front of the gym. This project was completed in the fall of 2015 and the stage is now fully equipped with sound, lighting and a theater curtain.

Whatever you’re purpose is for this space, I think you will find it has been improved in functionality and overall appearance. We welcome you to check out the renovations for yourself!

Karban Dog Park
Berwyn Park dog owners have requested that the Berwyn Park District designate a permanent off-leash dog area within its park system. These types of areas provide the opportunity for unstructured play and specific forms of dog training. They also allow for a form of interaction between dogs 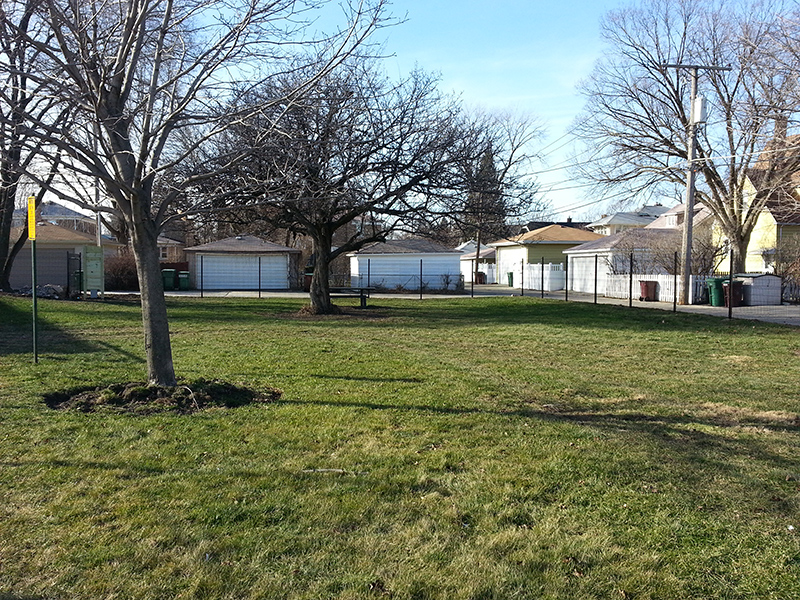 and owners/handlers that is not possible when dogs remain leashed; e.g., “off-lead” training or tracking, playing Frisbee or “fetch”, and socializing with other dogs. The current Park District ordinance does not allow dogs in any park, so the ordinance will be amended to allow dogs into permitted areas only.

As the Park District developed a Strategic Plan, a community survey response showed an interest by local residents to create a dog friendly recreational area. With the acquisition of Karban Park in 2010 and the subsequent petition drive presented to the Board of Commissioners by residents in 2012, the Karban Park site has been designated and is being constructed for use as Berwyn’s first off leash dog park area. 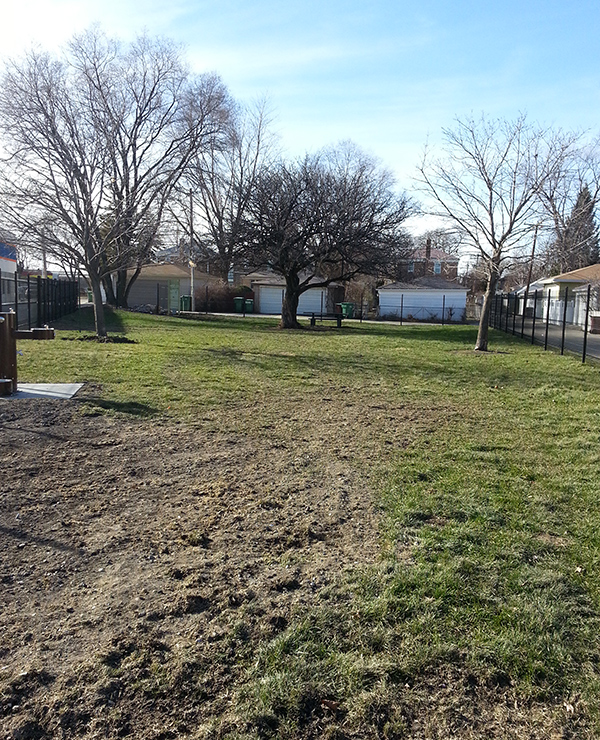 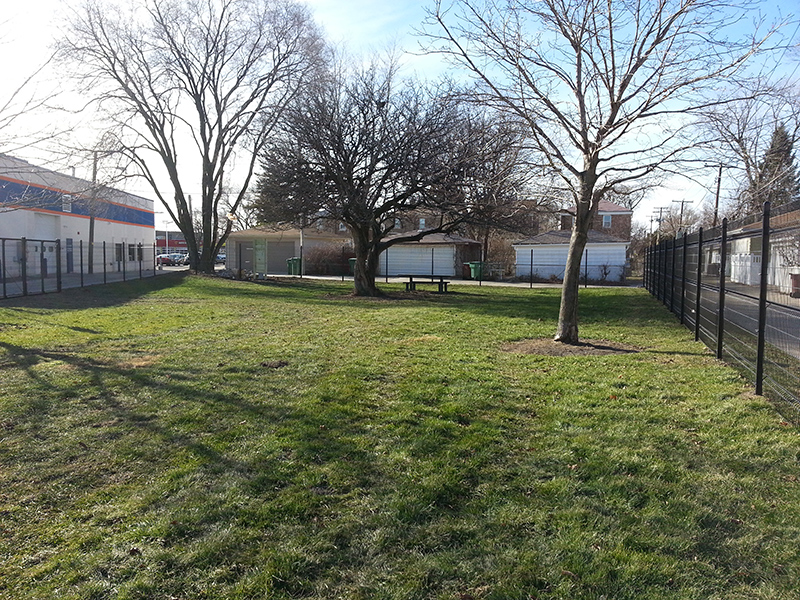 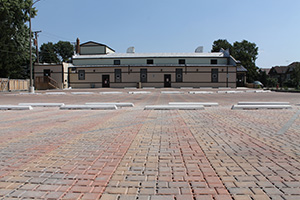 Parking lot improvements at Liberty Cultural Center
The east lot will be completed first in an effort to provide parking for persons with disabilities or mobility issues. General Parking will be limited to the street for classes during the construction.

The west lot which will feature permeable pavers as part of a green infrastructure project designed to reduce storm water runoff into the city sewer system will begin shortly after the east lot begins.

The Proksa Park Water and Drainange Improvement Project
As part of this project, areas and pathways of the park may be closed to the public for safety and work related purposes. The District apologies in advance for any inconvenience that may occur to park users and joggers.