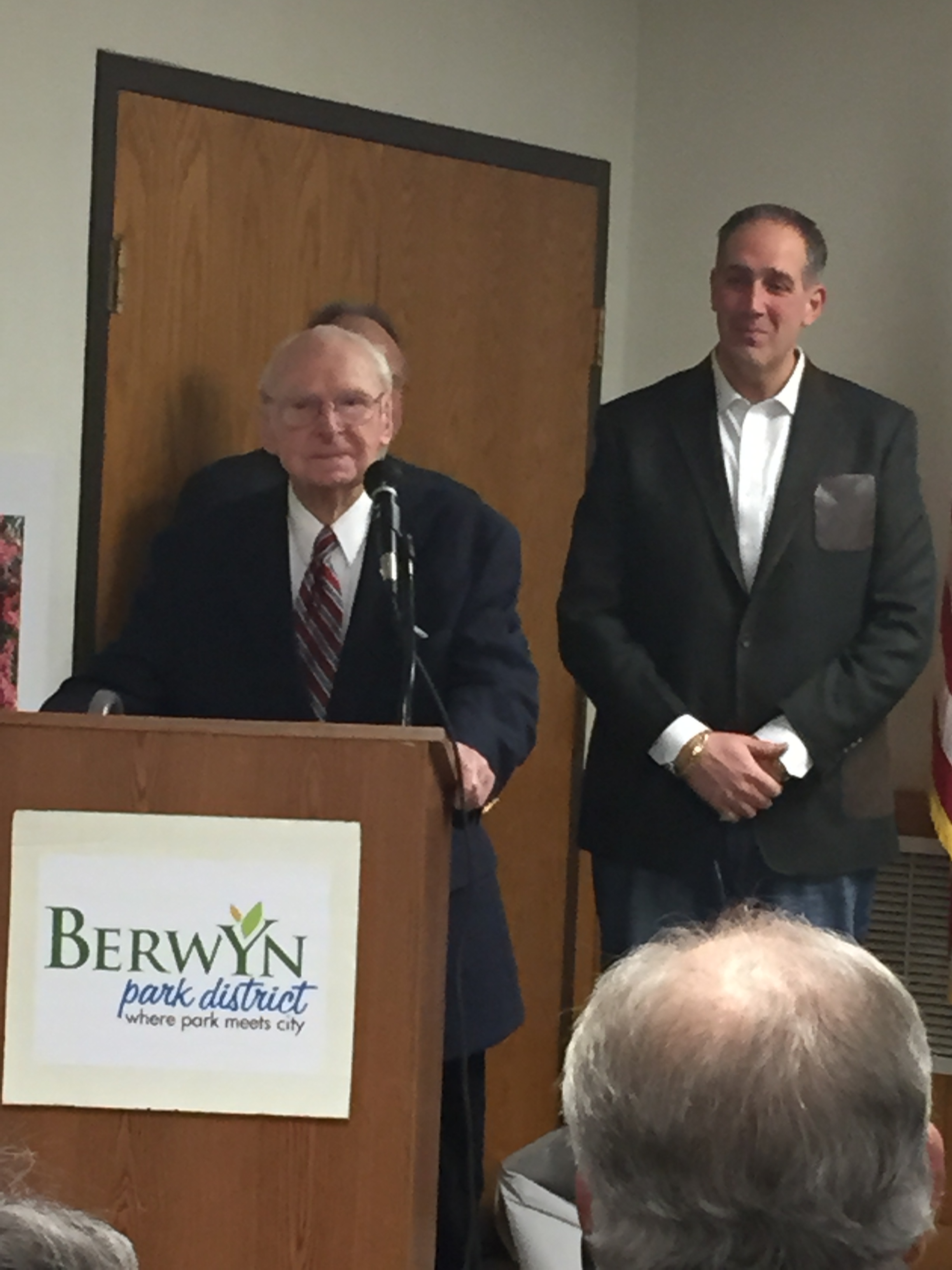 Mr. Karasek always believed in the Berwyn Park Distirct mission. He also believed in his church, the schools, and the community- both residential and commercial. He was honored with the Berwyn Teeter Award in 2004, and the Charles E. Piper Award from the Berwyn Development Corporation in 1993. Incidentally, he was the first President of the Berwyn Development Corporation in 1983. He was also a member of the Kiwanis Club of Berwyn for more than 60 years and had perfect attendance until recently.

In 2011 Mr. Karasek was awarded the coveted Illinois Association of Park District’s Commissioner of the Year at the annual conference. During his acceptance speech he challenged everyone in the sold out room “to take the time to smell the roses” referencing enjoying life and your accomplishments. He received a standing ovation and drew greater applause then the Governor who was in attendance.. It is important to note that there has not been a standing ovation since. He was also included into the Illinois Park & Conservation Legends program in late 2015.

Commissioner Karasek served as a mentor on the Board educating every new Commissioner that joined the Board. Mr. Karasek loved the Berwyn Park District and was not afraid to show it. When he did not agree with things he voiced his opinion. When he believed in something positive, he fought for it.

He was extremely proud of the Adolf Bridge in Proksa Park and always referred to it. Last week he mentioned the bridge and reminded others of what it stands for. The transition of our loved ones from this world to the next. He has crossed that bridge and is now with his wife Mary who passed on September 25th. They were married 66 years.

This is the end of a great era for Berwyn and the Berwyn Park District. We hold the memories of Ed and his dedication to the park district in our hearts.