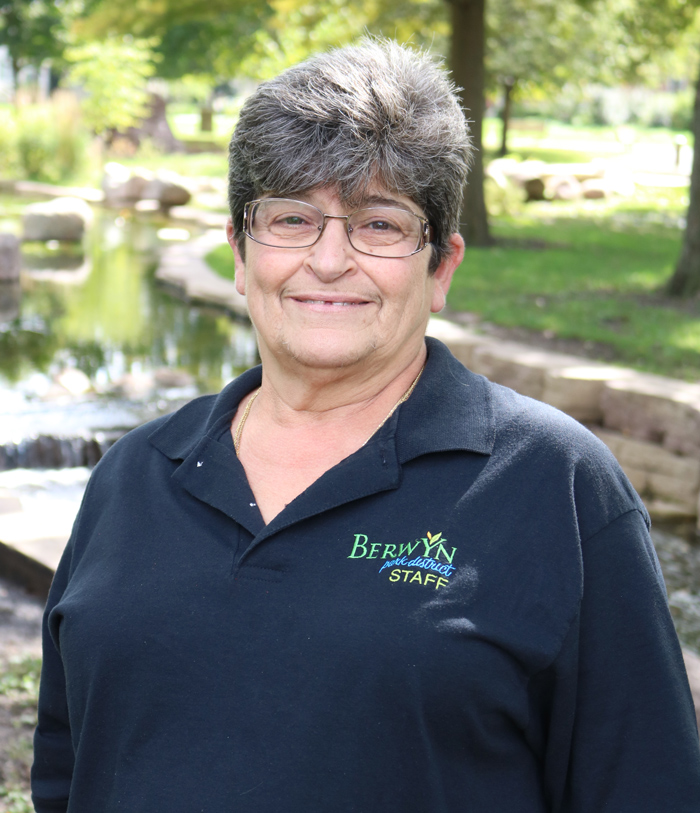 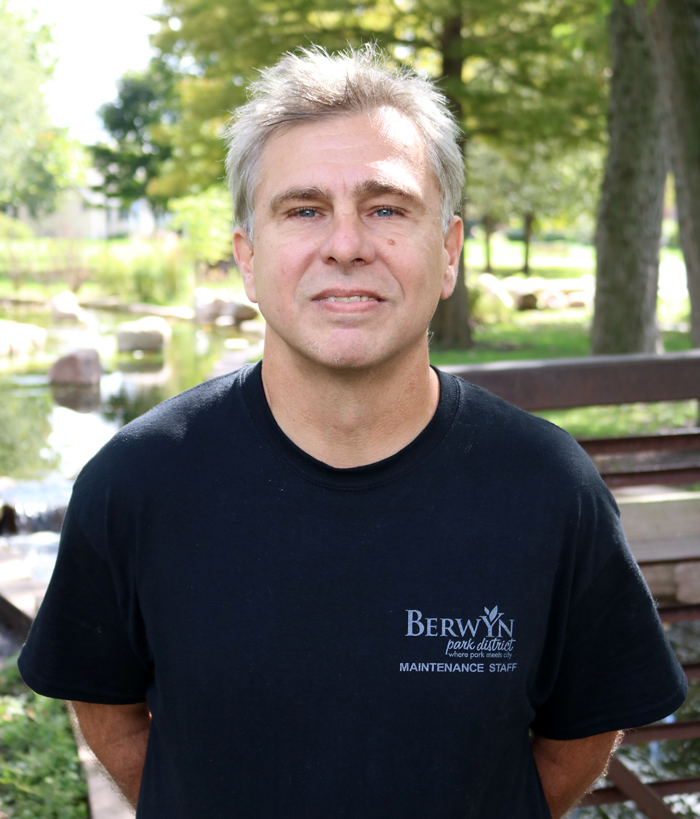 
Joe grew up in the Harrison Park neighborhood of Chicago and relocated to Cicero in 1974. He is a graduate of St. Joseph’s High School in Westchester and moved to Berwyn in 1989 after a few seasons of seasonal work for the Clyde Park District in Cicero and Ruth Lake Country Club in Hinsdale. After 3 years of working in the printing ink industry, Joe returned to the Park Districts in April of 1992 as a Full-Time Grounds Maintenance worker. By 1996, he became Parks Foreman and in 2007 became the Superintendent of Parks for the Berwyn Park District where he oversees the current Parks Foreman and a Full-Time Buildings and Grounds maintenance staff of three. Joe is an avid 16” softball player and passionately enjoys the field of athletics both in a recreational sense and by being a related collecting enthusiast. 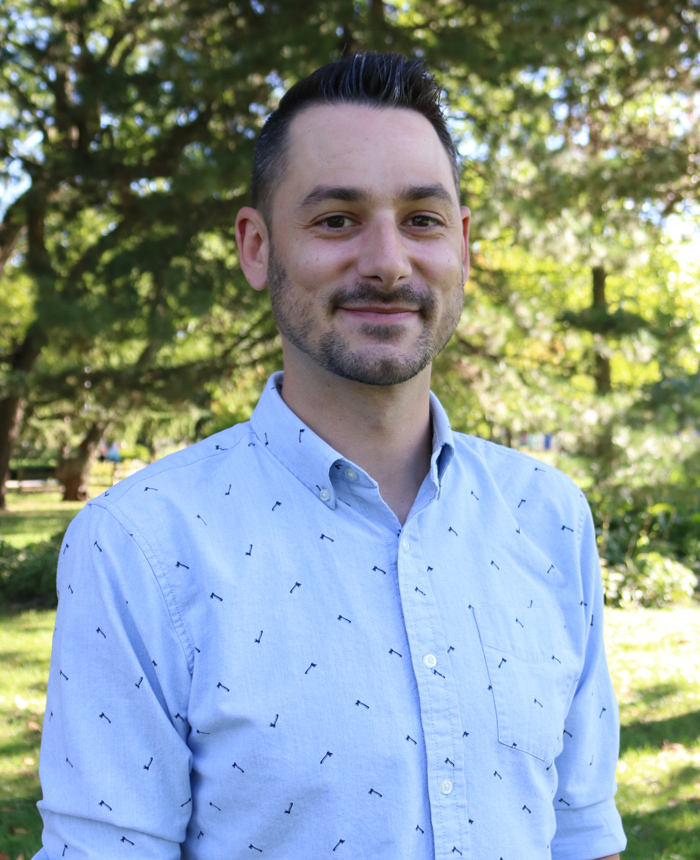 
Mike Gianatasio began in the field in 2002 as a camp counselor. After graduating from Western Illinois University in 2004, he found himself with a passion for recreation. He was hired as a program supervisor at York Center Park District overseeing general interest programs, teen camp and special events. In 2008, Mike was hired as the Recreation Program Manager at the Lisle Park District managing youth, teen and adult general interest programs, special events, before and after school program and teen camp. Mike took on a role as the Superintendent of Recreation at the Oakbrook Terrace Park District in 2014 where he led recreation, nature, marketing, customer service, IT and was the agency Safety Coordinator. Mike came to the Berwyn Park District in Oct. 2017 where he manages the recreation department, Proksa Park Activity Center, Freedom Park Wading Pool, and more. Mike was awarded the Illinois Park and Recreation Association (IPRA) Young Professional of the Year Award in 2011 and the IPRA Recreation Section Marcy Adams Spirit Award in 2009. He is a Certified Park and Recreation Professional (CPRP) and a Certified Pool Operator (CPO). 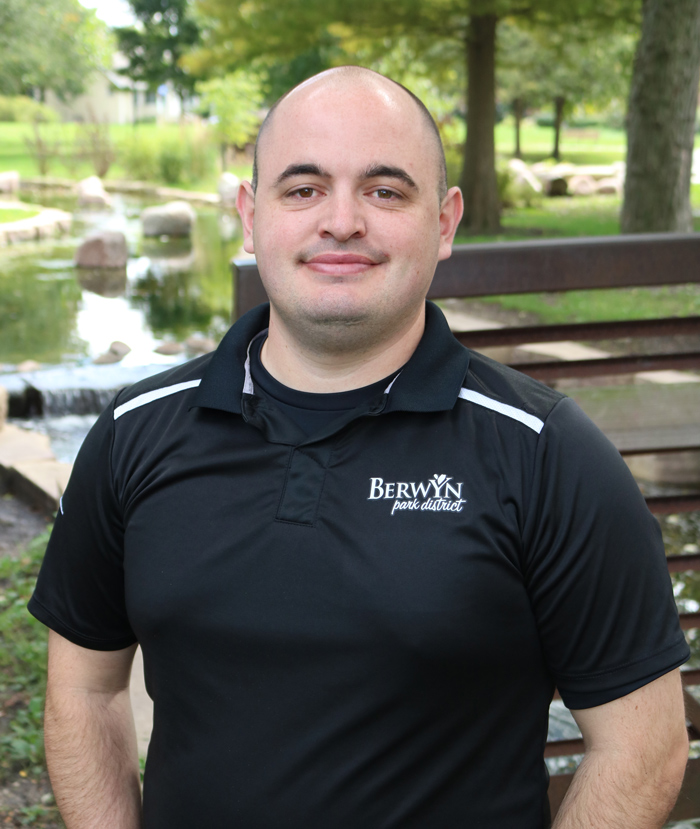 
Nick Cronin graduated from Blackburn College with Bachelors of the Arts in Sports Management, with a Business Administration Minor. Nick has a combined ten years of experience in recreation and athletic management through the Zion Park District, private sports academies, and a combined four years at the YMCA of Metro Chicago. Nick has had the opportunity to begin his recreational career as a field supervisor at the age of 16 and has grown to become a Sports Director at the YMCA and now the Athletics and Recreation Manager at the Berwyn Park District. He was a four year collegiate baseball player at Blackburn College as a pitcher, catcher and an infielder. Nick also has a combined 10 years of experience in coaching recreational through elite teams in baseball, softball, football, volleyball and basketball, ages 4-18. 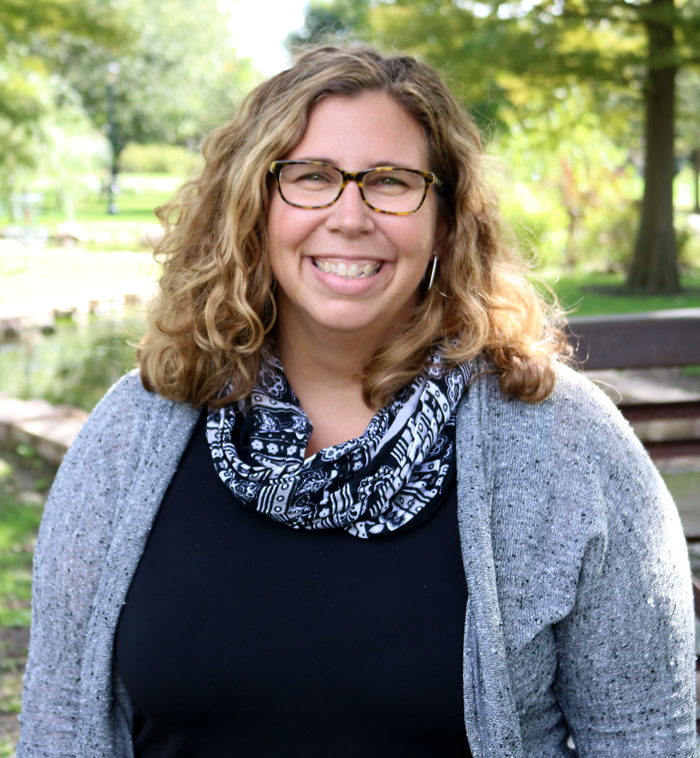 
Devin Frendreis began in the field in the summer of 2008 at the Bensenville Water Park. After graduating from Eureka College, she took an internship role with the Walt Disney World College Program as a Photopass Photographer. In the summer of 2015, she returned back to Illinois after completing her Disney College Program and was hired on as an Early Childhood Lead Instructor at Elmhurst Park District. At the Elmhurst Park District, Devin taught programing for birth through five years old, parent child classes, preschool athletic classes, was an inclusion aide for the preschool program as well as before and after school care. In addition to teaching, Devin worked at the Family Aquatic Center at Oakbrook Park District. Aquatics programming has always stayed near to Devin’s heart as she grew up swimming and playing water polo. In 2018, Devin was hired on as Recreation Coordinator at Butterfield Park District, overseeing preschool, before and aftercare for preschool, general recreation early childhood programming, dance and gymnastics classes, as well as Early Childhood Summer Camps. In the summer of 2018, Devin continued to grow and became the Early Childhood and Aquatics Supervisor taking on all aquatics programming, daily operations, special events and volunteer coordination. In the Fall of 2019, Devin came to the Berwyn Park District where she is the Early Childhood and Recreation Manager. She is passionate about the program and is excited to continue to work with Berwyn South District 100 to make sure every teacher and child’s individual goals are met by providing quality programming. 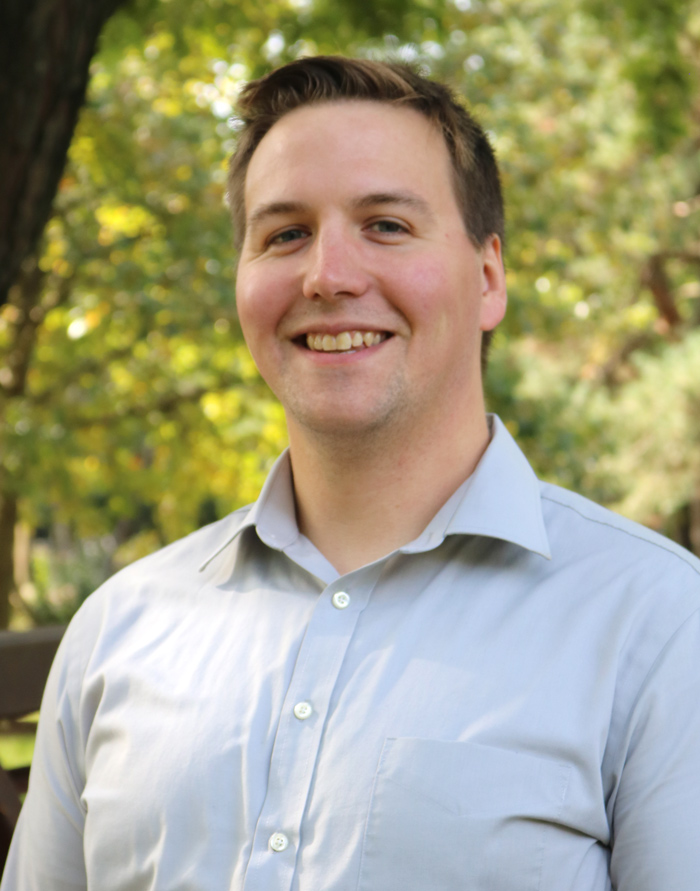 
Zak Kerby has spent the majority of his young life growing up in Berwyn, spending many hours in and around the parks in town. After obtaining the rank of Eagle Scout from Troop 31 in Berwyn, Zak graduated from Illinois State University with a Bachelor’s of Science in Recreation Administration. After working for the Normal Cornbelters as their clubhouse manager for a season, Zak went on to spend time with the Bolingbrook Park District. There, he worked as an Assistant Facility Manager, as well as working as adult athletics manager, climbing wall instructor and before and after school assistant. Zak also has experience working for the Park District of Oak Park, helping to maintain and provide services for their gymnastics facility. Zak’s role with the Berwyn Park District is with managing Special Events, as well as teen, adult, and senior programming. 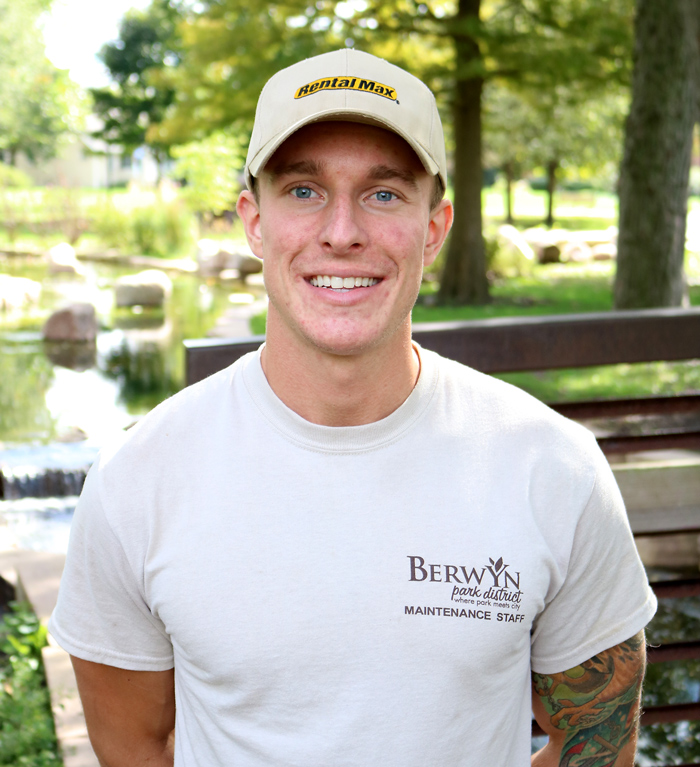 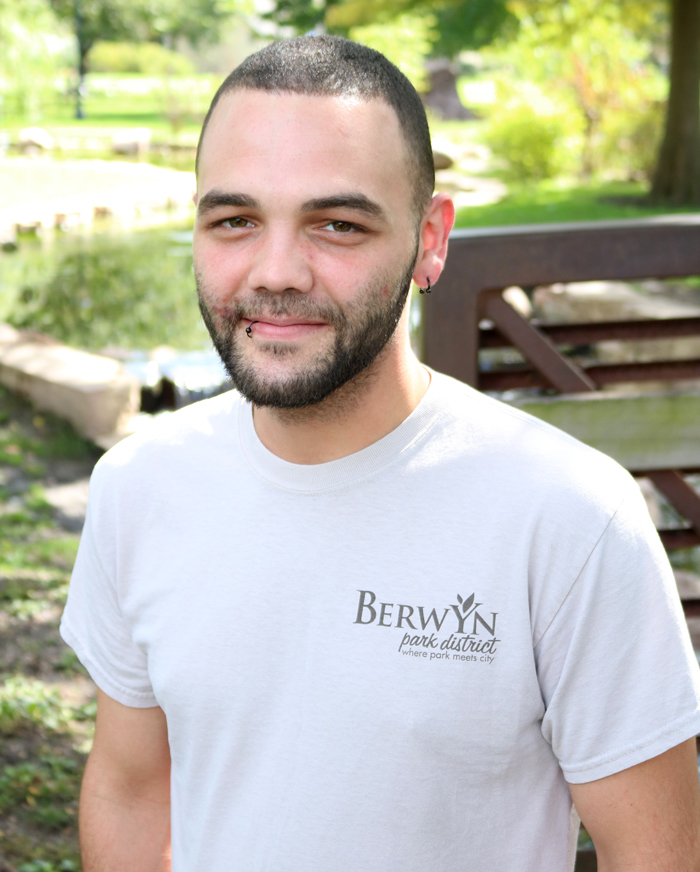 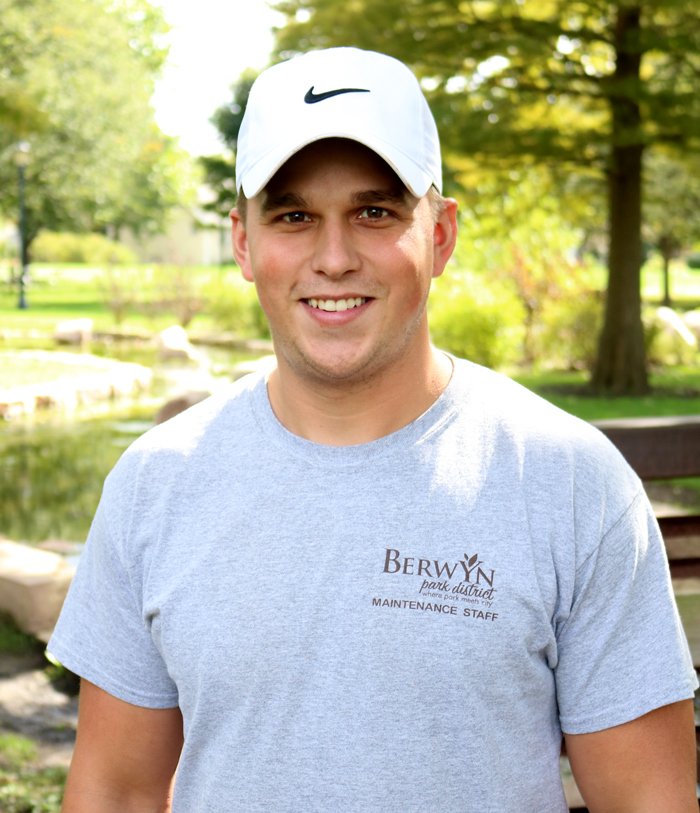 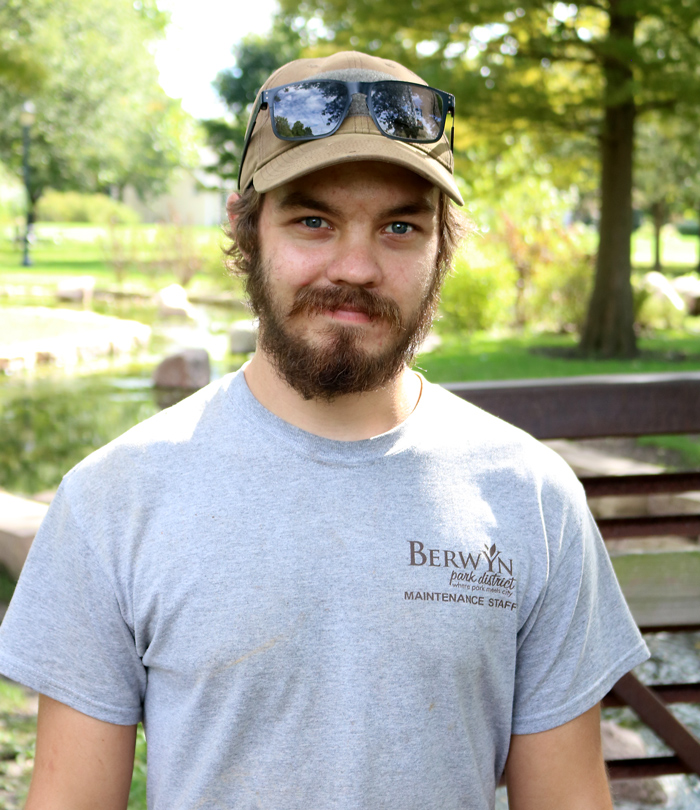 
Sam Steinbach is our jack-of-all-trades foreman in the Parks Department. Sam has been with the Berwyn Park District since 2013, when he started as a seasonal helper handling mainly grounds maintenance. During his career here, his scope has grown to cover multiple aspects of the parks day-to-day operations, including grounds keeping, small engine mechanics, event planning, landscaping, plumbing, electrical work, and operation of heavy machinery. When Sam is not working, he enjoys fishing, biking with friends and working on cars. 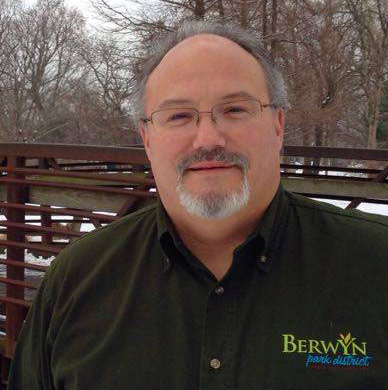 
Jeff graduated from North Central College in 1990 with a B.A. in Communications. He has been in the Parks and Recreation Field for more than 30 years having started as a seasonal park maintenance worker in high school. Over the years Jeff has held main positions and certifications at the District including lifeguard, parks foreman, risk manager, and Executive Director. Certifications achieved include Certified Pool Operator (CPO), Aquatic Facility Operator (AFO), Jeff Ellis & Associates Special Facilities Lifeguard Instructor, State of Illinois Licensed Pesticide Applicator, and CPR/AED/First Aid Instructor. In 2005, Jeff successfully completed the 400 hour basic training and is currently a part-time certified police officer as well.

As the Executive Director for more than 20 years, Jeff is responsible for the administration and operation of the entire District and reports to the Board of Commissioners. His hobbies include home repair, concerts, time with family. 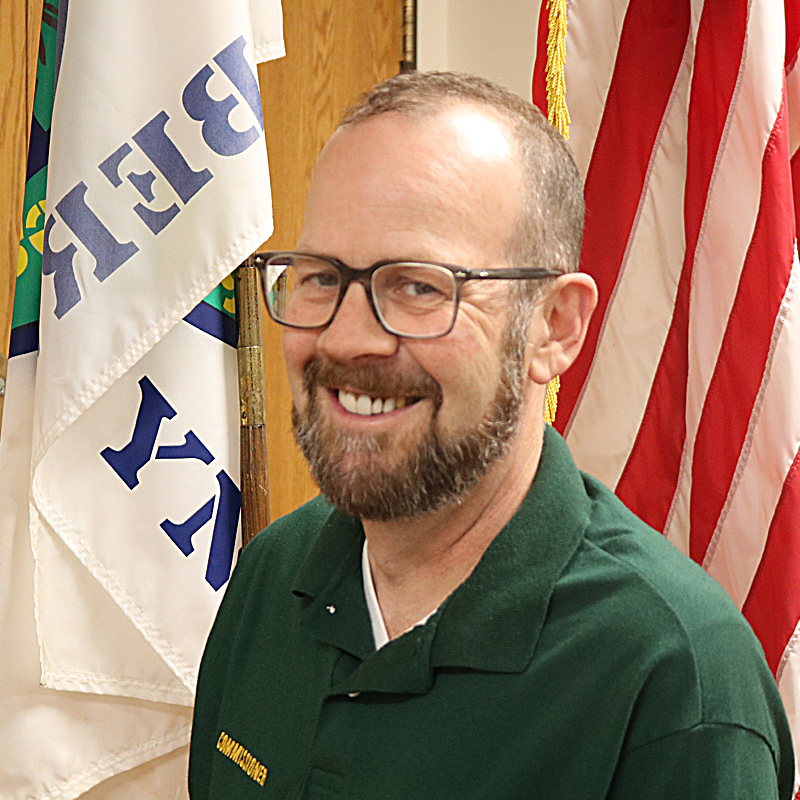 
Brian Brock was elected to the Berwyn Park District Board of Commissioners in 2017. He and his spouse David moved to Berwyn from Michigan in 2012. He is a volunteer and donor for special events and charities in Berwyn, a member of Unity Temple in Oak Park, an active runner with the Berwyn Runners Club, and an avid supporter and participant in historic preservation and renovation. He regularly advocates for progressive causes to ensure social justice for all people, including access to recreational activities and open space parkland to all.

Mr. Brock earned a Bachelor degree from the University of Michigan. 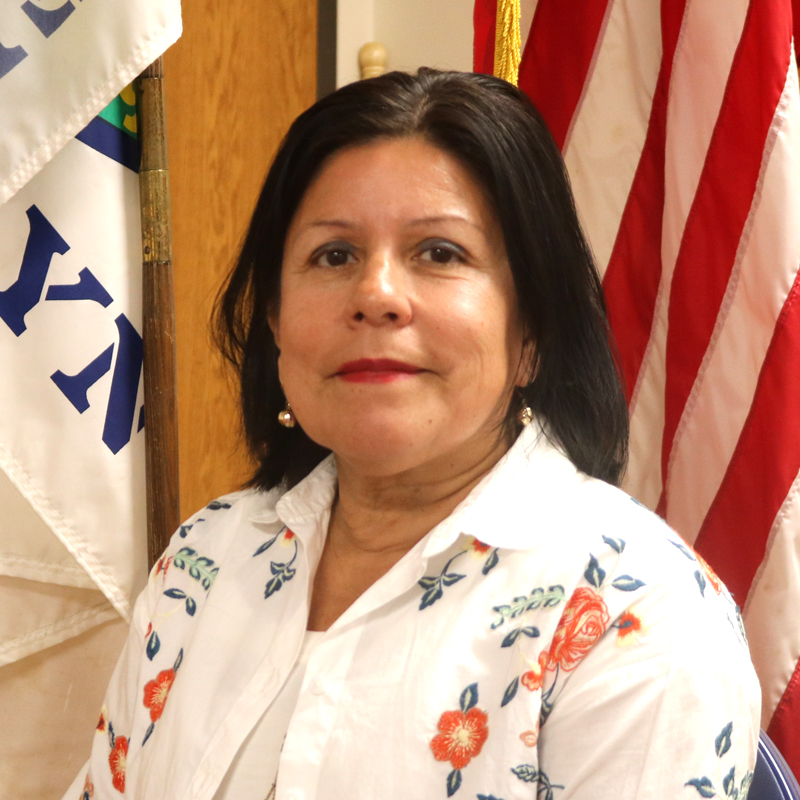 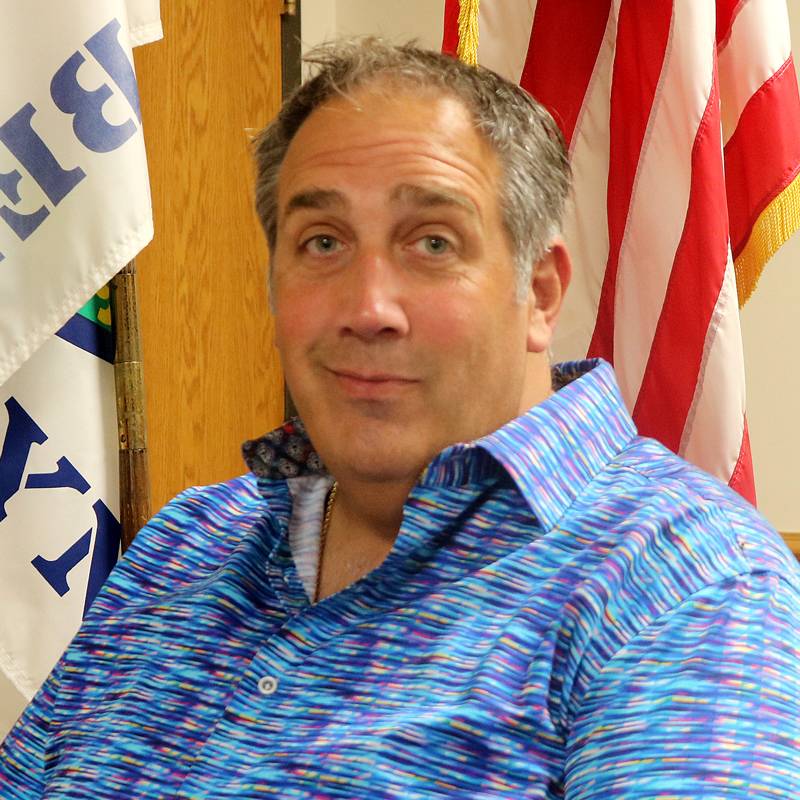 
Mario Manfredini was initially elected to the Berwyn Park District Board in 2009. He has served as the Board President for five terms and was re-elected to the Board in 2015. As a life-long Berwyn resident Mario has been serving his community for over 30 years. A desire to be involved with an integral community entity and help to foster its growth and service to residents is one of the main reasons that Mario ran for the Board. Mario has served on several committees that have put Berwyn and the Park District on the map and has had the pleasure of being the guest chef at the District’s annual Positively Pasta Fundraiser since 2011.

Mario has been a Berwyn Firefighter for 22 years and is involved with over a dozen non-profit organizations in the area, most recently being elected to the Board of the Berwyn Development Corporation. Mario owns and operates Mario’s Marinara – Recipes From The Firehouse, which is a small artisanal product line of sauces and condiments. Mario is well-rounded in the budget process, policy making, grant writing, and staff / resource management.

Mario was happy to bring his talents to the Berwyn Park District where he treats every issue before him with an open-mind and researches all information before making a decision that will be in the best interest of the community. Mario’s belief is that the BPD is a valued gem in the city and runs well; it is his goal to keep this gem shining. Mario’s vision is that by providing recreational facilities and programs, the Park District not only improves the quality of life of Berwyn’s residents, but it also helps to attract new residents and businesses to the community. 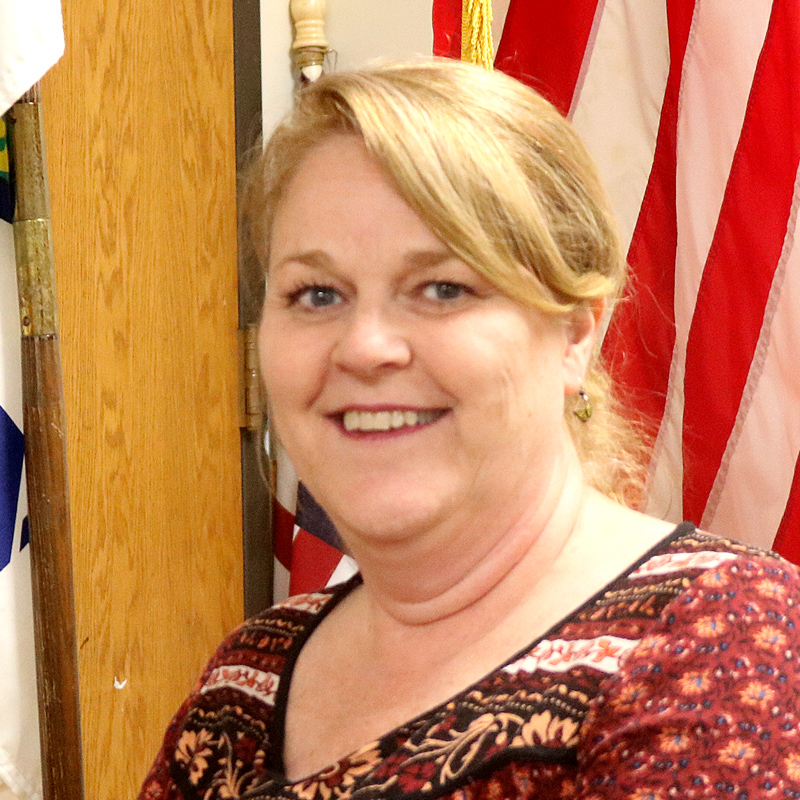 
Sandy is the Manager of Wildlife Education and Rehabilitation of Willowbrook Wildlife Center, in Glen Ellyn and oversees all operations of this nationally renowned wildlife rehabilitation and education center which includes an annual operating budget totaling over a $1 million. Prior to working for Willowbrook Wildlife Center, she had 8 years of volunteer interpreter experience with the Forest Preserve District of DuPage County and 12 years of volunteer interpreter experience with Brookfield Zoo all while working full time for a real estate property management company.

Sandy graduated from Elmhurst College with a major in Geography and a minor in Urban Studies, earned a Master’s Certificate in Leadership from North Central College in Naperville and was also in the first graduating class of the Morton Arboretum’s Naturalist Certificate Program. She has lived in Berwyn for 32 years with her husband, Robert and their 12 year old daughter Lauren. 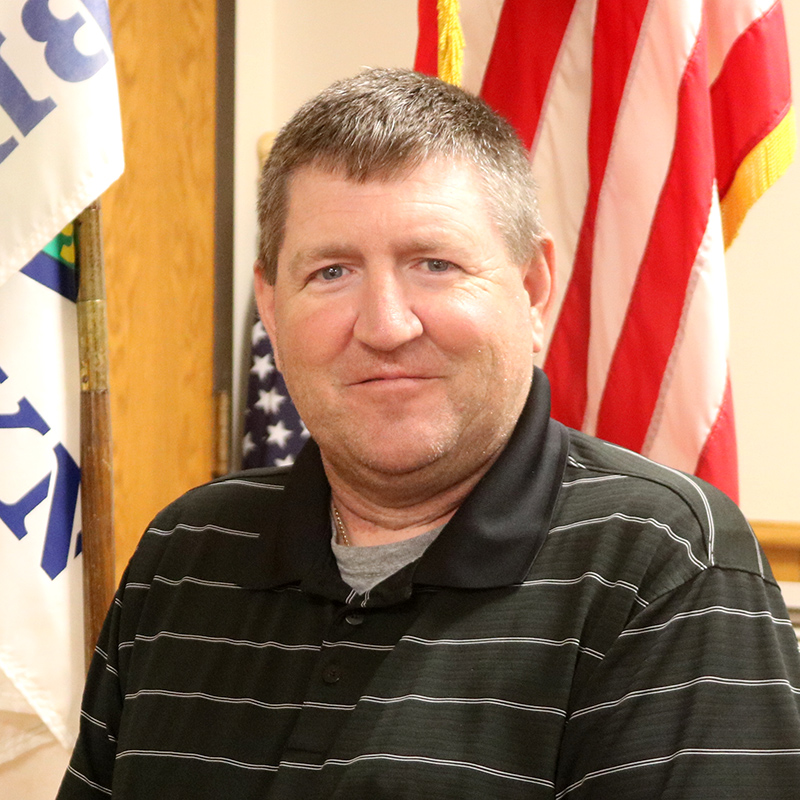